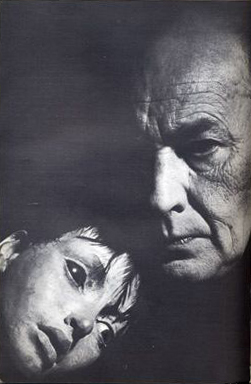 A modern fetish?
(The following images are not for the sensitive).
This suite of images was inspired by Hans Bellmer, who in 1933
created an "artificial girl" as an act of revolt against Hitler's rising
German State. His Doll which he documented with text and photographs in
the book, "Die Puppe" (The Doll), was regarded as an ideal surrealist object
illustrating Freud's theories of childhood and the writings of
Lautremont and Sade.

"Poupee, mannequins, waxworks, automatons,dolls and
illusion: all form a part of the fetishist's magic and artful universe. Lying
between life and death, hybrid creatures and creatures to which hubris
gave birth, they may be likened to fetishes. And, as fetishes, they give us,
for a while, the feeling that a world not ruled by our common laws does
exist, a marvelous and uncanny world." Janine Chasseguet-Smirgel
(quoted in Donald Kuspit's "The Modern Fetish" 'Signs of Psyche
in Modern and Postmodern Art'. Cambridge University Press).